The parish has an active community who have helped to organise and taken part in various village and media events and activities in the past.

Every fourth Wednesday was “Joe’s Session” Folk Night, at the Queen’s Head, Tebworth. This was an ongoing tribute in memory of local musician, Joe Inzani.

The parish has run a number of very successful Old Time Music Hall events. These feature a cast of local residents performing songs and sketches with audience participation very much encouraged.

The ‘Village Concerts’ were held every year from 1972 up to around 1999. This is the first one we have on tape, which was a pantomime of Little Red Riding Hood (sort of !!)

In 1996, presenters John Pilgrim and Eddie Almond interviewed some villagers in and around the Queen’s Head for BBC Three Counties Radio.

Lyn Green is interviewed on Anglia TV news following her emergency resolution presentation at the Royal Albert Hall to the W.I. AGM in 1986. 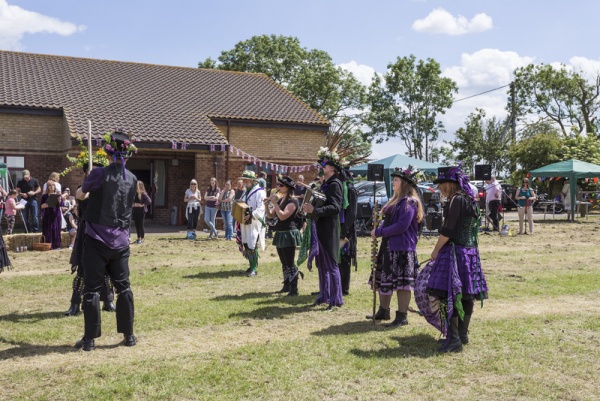