The Parish of Chalgrave which comprises the villages of Tebworth, Wingfield, and the hamlet of Chalgrave. It occupies an area of some 927 hectares in South Bedfordshire. It previously included the part of Hockliffe to the north-east of Watling street, but this was transferred to Hockliffe Parish in 1929 with an additional package of land transferred in 1985. It is bordered by the Parishes of Battleston to the north-west, Toddington to the north, Houghton Regis to the South-east, and Tilsworth and Hockliffe to the south-west.

Unfortunately the parish no longer has any of its own schools or shops, but despite the rural location, it is still within easy reach of major towns and transport links.

The larger neighbouring village of Toddington is less than 2 miles away and has a good selection of local shops, post office, library, petrol station, doctors, dentist, and other useful services and amenities.By road, Milton Keynes is located approx 14 miles (21 minute drive) to the north west, and Luton and the airport is approx 15 miles (24 minute drive) to the south east. Junction 12 of the M1 motorway is 3 miles to the north east. London is around an hours drive (40 miles) to the south.

Harlington train station is operated by Thameslink Govia, and is approx 4 miles / 8 mins drive north east from Tebworth/Wingfield. Trains call between Bedford to the north, and London, Brighton, and Gatwick to the south. London (St Pancras)  is a 45 minute train journey.

Leighton Buzzard train station is approx 5.5 miles / 12 minutes drive east from Tebworth/Wingfield. The station is served by two train companies, London Midland who operate on the West Coast Main Line (trains run from Greater London to the North of the country) and also by Southern Govia services who operate between East Croydon and Milton Keynes Central. London (Euston) is around a 35-40 minute train journey.

The South Beds Link-a-Bus operates a limited service (route 74) Monday to Saturday with stops in Tebworth (Queens Head) and Wingfield (The Plough). The route runs to Dunstable and Houghton Regis and is designed to connect the villages with the major bus operators in the nearby larger towns. Further information can be found at South Beds South Beds Public Transport.

Key postcodes on mapping sites to find approx location of :- 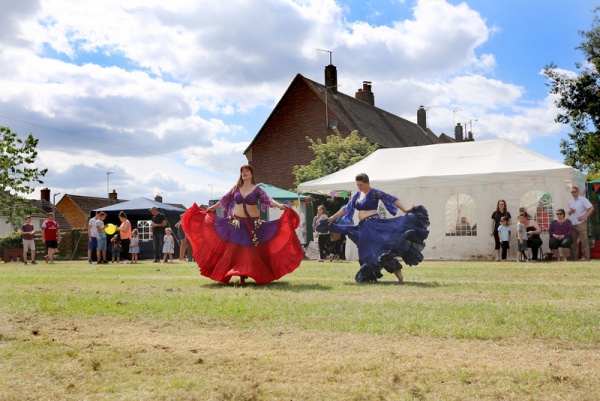